Primary maintenance is provided by Village Street Department employees and equipment with services billed to the storm sewer account.

Village resident accounts only are billed a four dollar/month flat fee. The number of customers billed is approximately  1,400. Alternative and additional sources for funding are being evaluated. The current funding mechanism may serve to maintain the current system with patchwork repairs until adequate funds become available for reconstruction projects. Adequate system design and construction will require a major effort, with overall expenses estimated to be in excess of one million dollars.

The storm sewer system within the Village grew from its earliest beginnings as an unmanaged network, draining stormwater from private properties in the lower central downtown areas through a series of rectangular concrete culverts and undocumented ditch and field tile connections into the West Branch of the Black River. As the Village grew uphill the lower culverts became collectors for extensions added to serve the newer properties. Few deed easements were provided to the Village for maintenance of the system outside of dedicated streets. Maintenance consisted mainly of reaction to immediate problems. Many flooding events have occurred in the downtown area, becoming more severe in impact as the Village grew to the northeast.

The first comprehensive engineering evaluation of the storm drainage system was performed in 1959-1960. The system was quantified, areas prone to flooding were identified and engineered solutions were proposed, with an estimated total cost of $181,000. None were implemented at the time.

As it became apparent that EPA regulations governing storm runoff were becoming more stringent, responsibility for operation and maintenance of the Village storm sewer system was passed by Village Council to the BPA in 2010. A means of funding for stormwater system maintenance was established through a dedicated account funded by a monthly flat rate Storm Sewer surcharge applied to in-Village utility customers. 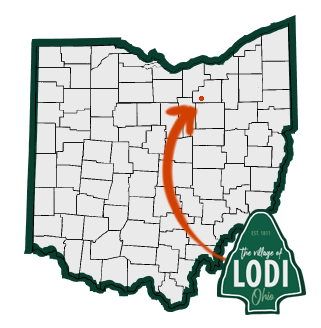